Day 2 of the firearms safety course in Abbotsford

Working with some military surplus at this weekends firearms safety course in Abbotsford.

Working with some military surplus at this weekends firearms safety course in Abbotsford.   The  M1891, colloquially known as Mosin–Nagant (Russian: Винтовка Мосина, ISO 9: Vintovka Mosina) is a five-shot, bolt-action, internal magazine–fed, military rifle developed from 1882 to 1891, and used by the armed forces of the Russian Empire, the Soviet Union and various other nations. It is one of the most mass-produced military bolt-action rifles […]

1911 Function How A Single Action Semiautomatic Handgun Functions https://bcfirearmsacademy.ca/how-a-single-action-semiautomatic-handgun-functions/ Single-action A single-action (SA) trigger is the earliest and mechanically simplest of trigger types. It is called the "single-action" because it performs the single action of releasing the hammer or striker to discharge the firearm each time the trigger is pulled, while the hammer must [...]

Charlton Automatic Rifle A fully automatic conversion of the Lee–Enfield 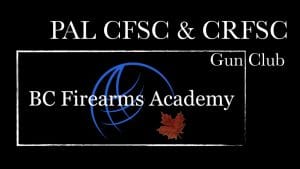